This is a photo of three men attending Normal School in 1915, only labelled "Allan Jordan"—but which of two men?  Bill Janzen is on the right. Sandra Janzen It was not a well known fact amongst the general public nor one room school district trustees that the "Normal Schools" were indeed a college to train teachers. From the French, an École Normale provides instruction in the "norms" of educational training.  This was the name of the institution for teacher colleges in Saskatchewan in the early part of the twentieth century. 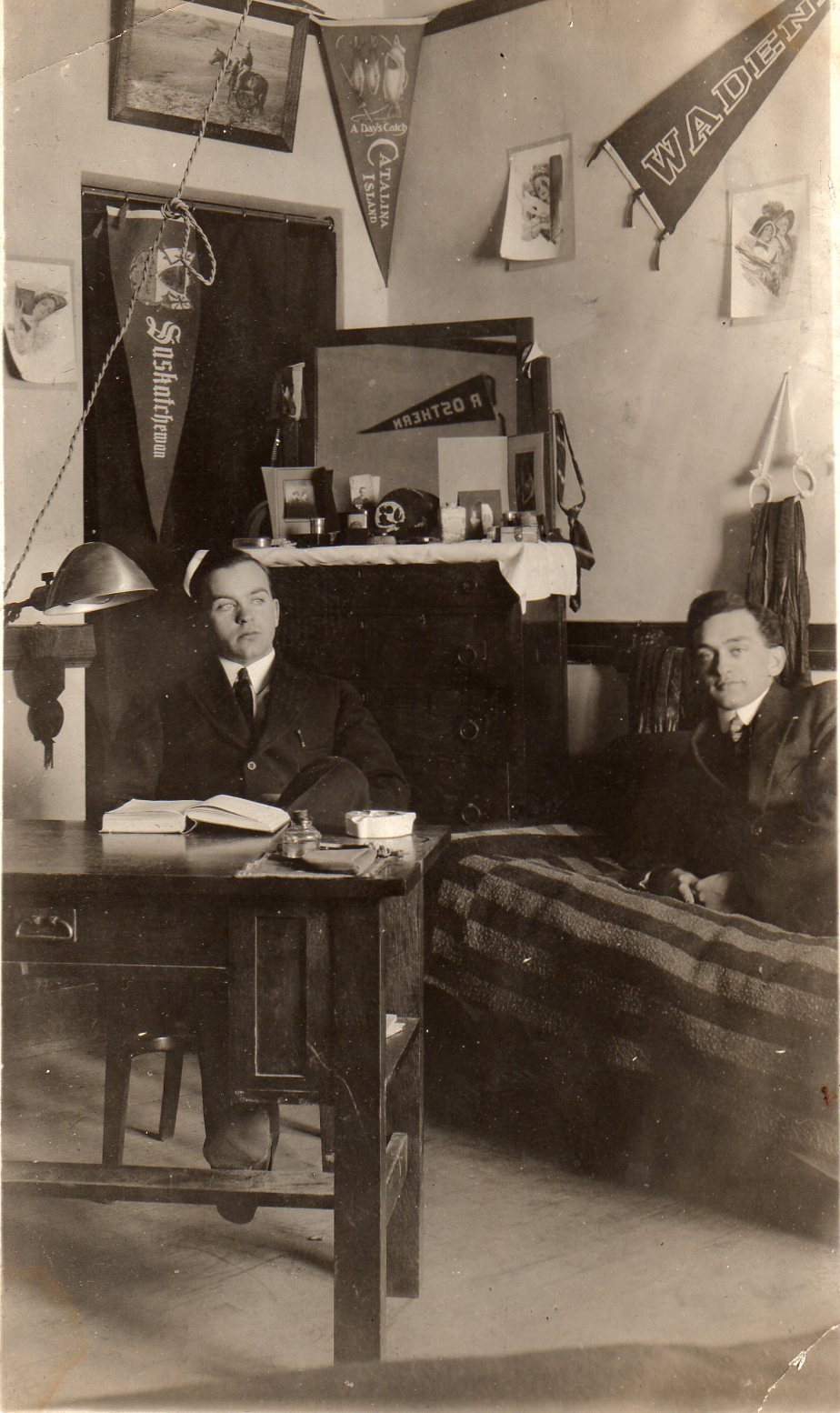 I don’t know if the first one is at Normal School or U of S which he attended when he left teaching and headed into Dentistry.